All Classes are Scheduled in PACIFIC STANDARD TIME (pst) 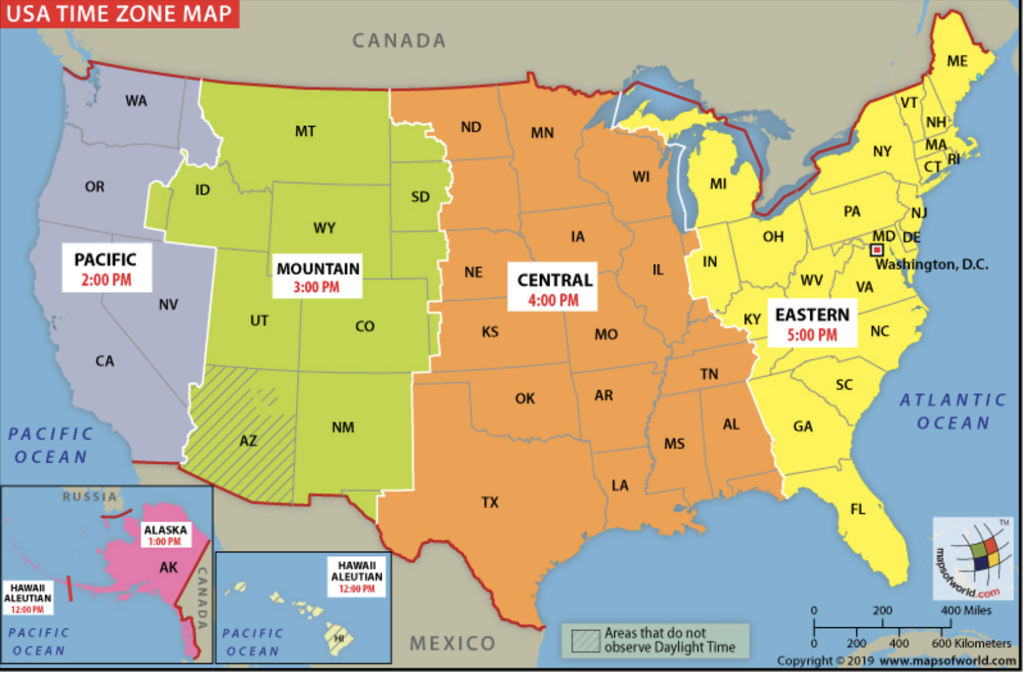 Scroll Down to Meet our Amazing Coaches!

Click here to sign-up & pay to try out a 2021 Virtual Class. Trial Classes are available while sessions are running.

Email To Request a Coach or with Questions Laura or Rachel: info@kassirersports.com

We recommend that Basketball players take a Sports Speed & Agility Class as well.  [Class Schedule  can be found under Fitness page]

Class meets once per week. Fee is based on # of classes.

Class meets once per week. Fee is based on # of classes.

You do not need a basketball hoop for this class.

You will need to have the following equipment at home to participate and learn remotely:

You will also need 1 Basketball. We recommend the following size basketball for your child by age:

Space Recommended:  We recommend that your child participates in a minimum a 10' x 10' space with strong WiFi connection. Either in an open room, living room, empty garage, or front/backyard.

Makeups:  If you need to miss a virtual class, you can email us to let us know in advance and we will make every effort to schedule you a makeup at another time.

Privacy:  We do not record any of our classes in the interest of protecting your child's privacy.

Little Basketball (30 Minutes): Coaches help children, ages 4-6, develop the skills they need to play basketball. We teach professional quality techniques including: ball handling, dribbling, passing, rebounding and proper shot form (without a hoop). We also include activities and fun games to help these young athletes develop balance, agility, strength and fitness. Our coaches teach with positivity to encourage and motivate the little ones to practice, practice, practice.

Basketball Fundamentals (50 Minutes): This class is recommended for children, ages 7-10, and is open to beginner through novice players.  Kids will learn and practice professional quality basketball fundamentals and footwork.  Since kids will not be worrying about winning or where the ball is going, they have a great opportunity to start out focusing on technique, footwork and professional quality muscle memory. Coaches will also focus on building hand-eye coordination, overall strength, physical fitness, and footwork (offensive & defensive movements). Coaches encourage players to become balanced and confident ball handlers, while instilling a passion for the sport.

Cardio Basketball (60 Minutes): This class is open to children, ages 10-16, and is recommended for players with some experience playing basketball. Coaches will challenge this class to strengthen their weak side, learn new/advanced dribbling and passing moves, improve offensive and defensive footwork, and help kids build professional quality shooting techniques. They will also focus on muscle memory, agility, strength and fitness. Our goal is to insure that when our participants return to the courts, they will play with proper form and notice a huge overall improvement with their game (i.e. covering the court, rebounding, defense, and shooting). Every skill we work on is designed to improve how they play on the court and increase cardio.  We hope we will also instill the value of practicing their individual skills at home on an ongoing basis.  All of the best basketball players are constantly practicing their ball handling skills at home!

My coaching career began in 2005 with Beijing Aoshen Olympians. It was a professional team from China that developed many players to play for the national team. We even developed a player named Sun Yue to make it to the NBA. I worked for them for 6 years as the assistant coach and skills trainer. During the period, I was very fortunate to learn from many great coaches like Phil Jackson (NBA's most championship winning coach), Pete Carril (former Sacramento King's assistant coach, famous for his Princeton Offense), Paul Coughter (FIBA Coach of the Year in 2006, legendary coach in Asia), Bill Tosheff (first NBA Rookie of the Year award winner, Indiana University Basketball Hall of Famer), Mike McGee (won 2 NBA championships with the Lakers in 1982 and 1985), etc.

During the years from 2006 to 2010, I was also the basketball trainer of Sun Yue and Songtao Zhang. Both are Chinese National team players. Sun Yue was playing for Los Angeles Lakers from 2008-2009, and later on with New York Knicks and Washington Wizards. I was able to attend and observe all of their practices, trainings, meetings, and games during the time he was with those NBA teams.

From 2011 to 2015, I was running my own basketball agency/academy based in Covina, California. Other than representing players and coaches, we also did a lot of player skill development and camps for college and pro players, as well as youth athletes. We had done many basketball exposure tours to participate in many international exhibition games and tournaments in the countries like Mexico, Philippines, Japan, Taiwan, Indonesia, and China, as well as hosting basketball clinics in those countries.

I’ve been continually coaching basketball and training players after I settled down in Pleasanton since 2016. Other than the local AAU teams I've been coaching, I have also started to coach basketball with Kassirer Sports since 2018. 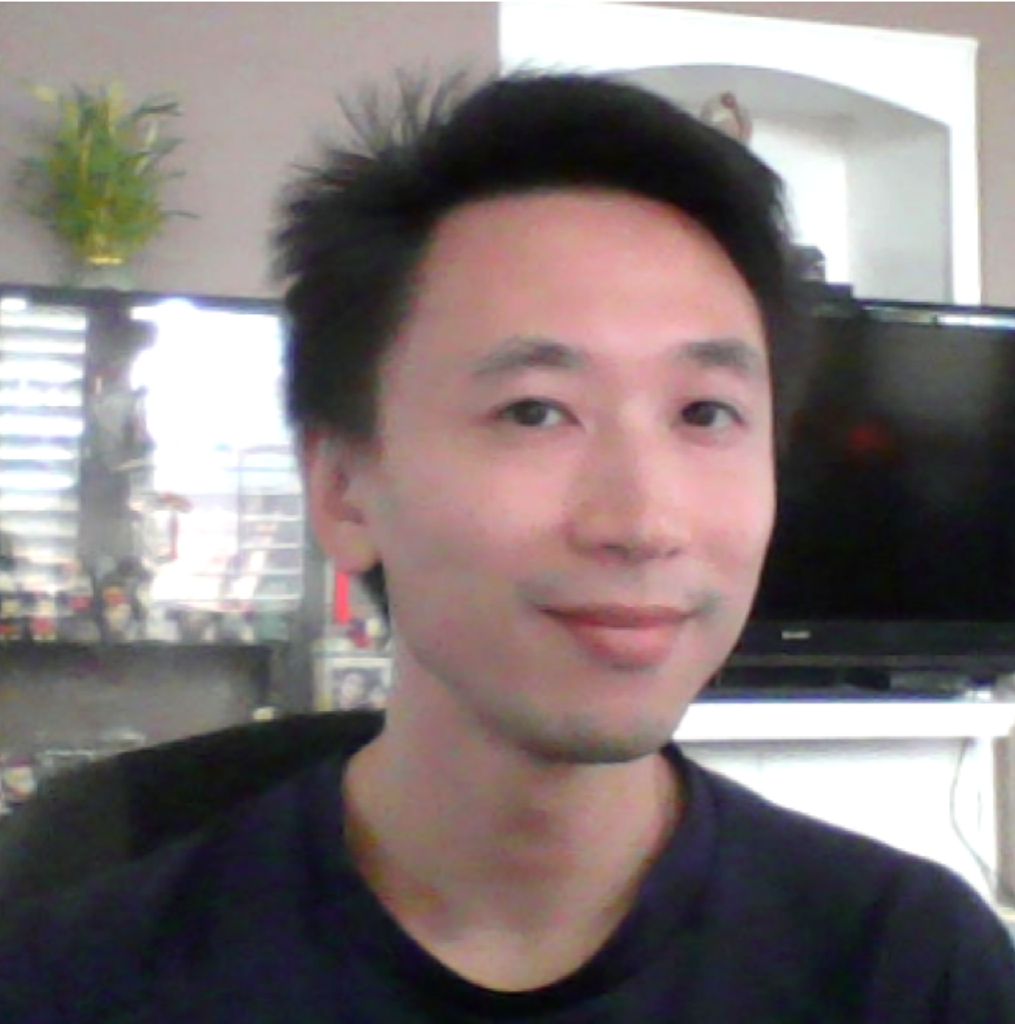 Hello everyone my names Jared Moore and I have an extensive athletic career starting basketball when I was 9 in the Ymca to playing for the top aau team in the nation ages 11-14 where we won 2 national championships. I attended J Serra freshman to sophomore year and played football along with basketball. I transferred to Dana Hills for the following 2 years and my senior year I led the team in scoring and rebounding.

I attended Santa Barbara city college to continued playing basketball, but after playing 2 years I  decided to just focus on school and my future in coaching. I have been working with and coaching kids for over 10 years now.  I am still in school to obtain my Bachelors in Kinesiology where I plan to continue my passion in coaching. 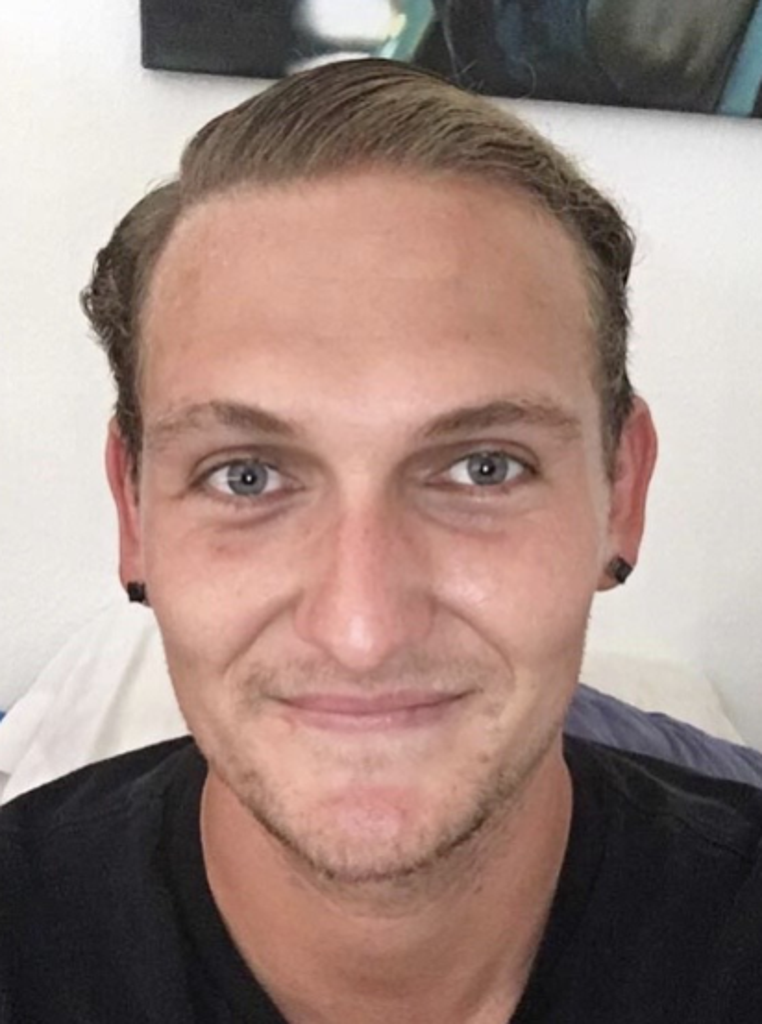 Nic is from Laguna Beach, CA and is currently a third-year student at Santa Clara University where he plays on the SCU Ice Hockey team. In high school, Nic played basketball and ice hockey while also coaching youth sports at the Boys and Girls Club of Laguna Beach; Nic oversaw numerous areas of instruction including study sessions and outdoor activities. For three years, Nic was the head coach of a Boys Basketball Team (3rd-6th grade). As a college student, Nic is eager to continue coaching and helping youths develop as players and individuals at Kassirer Sports. 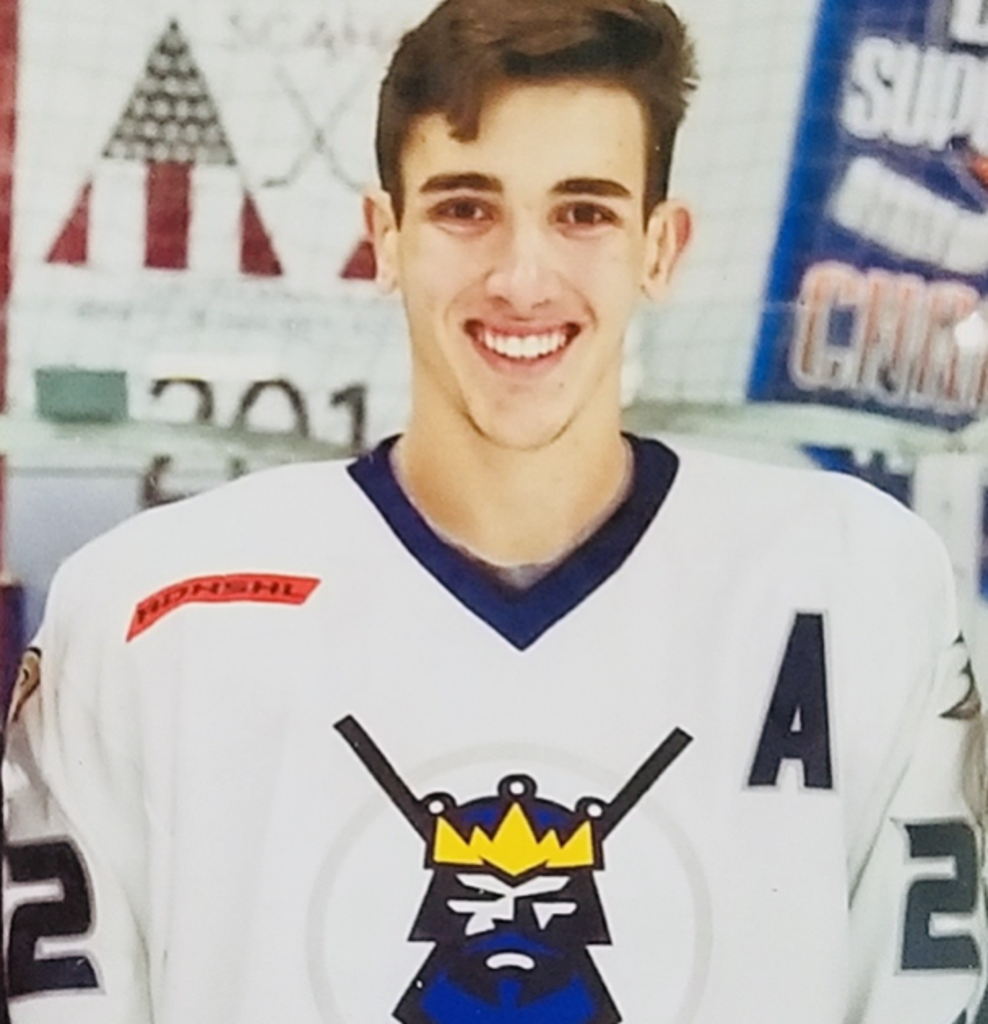 I have worked with Kassirer Sports & Youth League tennis for 8 years.  I grew up playing youth & high school athletics in San Francisco, Bay Area, California & I was awarded “Most Inspirational Player” by my coach Raymond Wong, as an athlete for leadership. My mission is to serve the community and youth to challenge themselves to become the best version of themselves by focusing on mastering fundamental movement skills.

I attended Skyline College to obtain an associate’s degree in allied health science. While going to school, I developed a passion for working in the health & fitness industry. I worked at Sports Club/ LA San Francisco, and transitioned over Equinox Sports Club as a Sports Manager. I want to pass on to my students that you can grow through the adversity you face playing sports,  “It strengthens competitiveness, personal and professional values, self-assessment, teamwork, leadership, empathy, and emotional control. Through sports, I believe that it can help navigate relationships with others, and with ourselves as well as how to understand how our emotions can change the way you live and love.”   In my spare time, Adrielle loves to spend his time being active through basketball, cycling,  weightlifting, and adventures with his super dog, Biggins. I hope my students are able to grasp the concept of how to associate E.I. and reflective practice with applied sports or fitness performance.  My primary goal is to develop a positive inviting environment for students to grow. 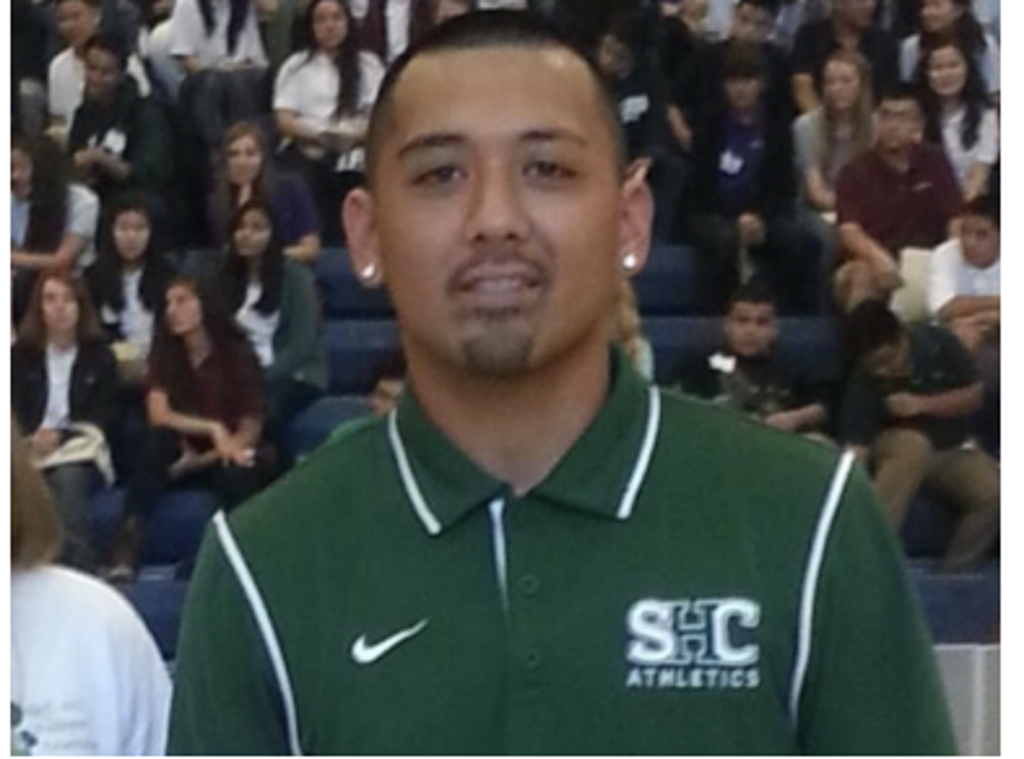 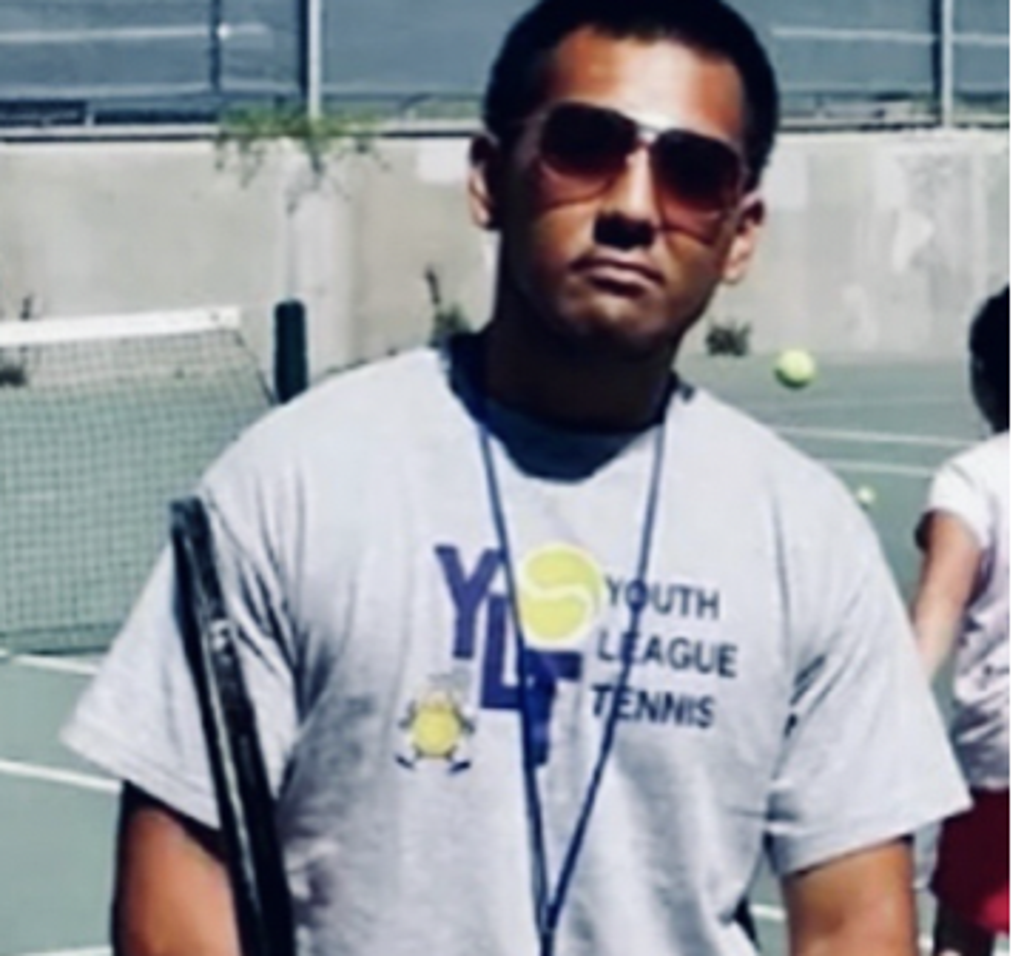